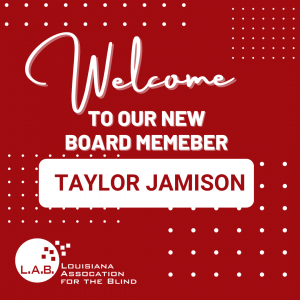 Taylor B. Jamison is the Principal Regulatory and Political Affairs Analyst at Trinity Operating. He is tasked with leading and developing government relation initiatives in Louisiana and Texas. As a seasoned marketer, Taylor leverages his vast marketing background to perform government relation duties. His visionary perspective has earned him opportunities to work with reputable companies, building his skills in government relations, marketing, and business development.

He embarked on his career as the marketing coordinator at North Louisiana Economic Partnership. During his one-year stint, he was pivotal in aligning the organization’s website, social media, and promotional presence with company strategy. In 2013, he joined Bossier Sports Commission as the Sports Event manager.  After leaving the commission, he became the Director of Corporate Partnerships at the Strategic Action council and Minority Supplier Institute before rising the ranks to become the Executive Director.  During his 8 years in the Corporate Partnership and Executive Director role, he recruited new corporate members and managed government relations with municipalities, local and state officials, and increased minority contract participation in public and private organizations.

Taylor serves numerous institutions as a board member. He serves the University of Louisiana at Monroe as a Foundation Board Trustee Member, Caddo Council on Aging, Independence Bowl Foundation, Caddo Crime Stoppers, and the Shreveport Bossier Mayor’s Prayer Breakfast Board of Directors. In 2018, Taylor was recognized with an African American achievement award. Other notable achievements include the 2017 40 Under 40 Honoree and 2021 Non-Profit Professional of the Year honoree.

Taylor holds a BA in marketing from the University of Louisiana. Taylor stands out for his ability to identify and develop talent. He has a natural capability to help people recognize their unique abilities using passionate belief to become a valuable contributor in organizations.

His greatest strengths are leadership, creativity, and honesty. He strives to establish collaborative relations and increase opportunities in the private sector. During his free time, Taylor enjoys playing basketball and golf. He also cherishes traveling with family and doing volunteer work.