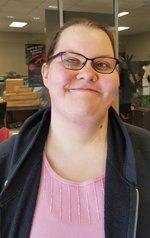 I never realized how many of my senses I use when shopping, until I went shopping for some gifts for my
father recently. A friend and I went to the mall, and were strolling along, chatting, and suddenly, I
turned to her and said “Hey, let’s go in Bath &amp; Body Works, and see if they have that soap he likes.” So
we turned and walked in. Now, this friend was used to shopping with me, so she didn’t have to ask how I
knew we were passing the store I wanted. Can you guess? The smell, of course.

We finished there, and I decided to stop in Hot Topic for a little something fun for myself. Before you
ask, no, they don’t have a smell that’s unique to them, but they do tend to play very specific music, so I
just listen for that. Likewise, I can usually find the deli, coffee and cleaning isles at the grocery store by
smell, and can listen for the hum in the freezer section.

It’s not magic, and it’s not that my nose or ears are any stronger than anyone else’s, but I’ve had to learn
to pay more attention to what they tell me. Same with the different ways the ground can feel under my
feet. And did you know that, if you pay attention to the way sound changes, and the way the air feels,
you can actually tell when there’s a hall, or door, or other open space? It feels more open than when
you’re walking near walls, shelves, or buildings.

Sometimes, I’ll catch myself commenting on things we’re passing. “Oh, are we passing the pickles?” or
“Oooh, the bread smells good today.” And things like that. It’s always kind of funny when I’m with
someone who isn’t used to the fact that I can do that, and I really don’t even think about it most of the
time.

But it’s not just finding the stuff I’m looking for by sound or smell. There’s a downside to being more
tuned into my other senses. For instance, there’s some kind of alarm that goes off over in the deli
section of Walmart sometimes. Most of my friends don’t even notice when it does, but it always makes
my skin crawl. Its high pitched, and a constant sound. I’ve never really found out what it is, but it’s one
of the few sounds that can completely derail my thoughts, and make me utterly freeze. If it goes on for
too long, I’ve just got to plug my ears and lean an elbow on the buggy so we can finish shopping. And
shopping around Christmas is sometimes a nose nightmare. Most every store in the world associates
cinnamon with Christmas. I love the smell of baked goods, but usually this cinnamon smell is
overpowering. My nose burns, and it, like the wrong sound, can be very distracting.

I don’t expect stores to change, just to suit me, but it is interesting to see both sides of the story, as it
were. Learning to pay more attention to your ears, nose, and sense of touch can be very helpful in public, but it, like everything else in life, has its own disadvantages